Jan Barker lives in St Erme in Cornwall. She is 72 and is a semi-retired healer. Jan talks about how the death of her mother in 2015 made a big impact on her own end of life wishes. 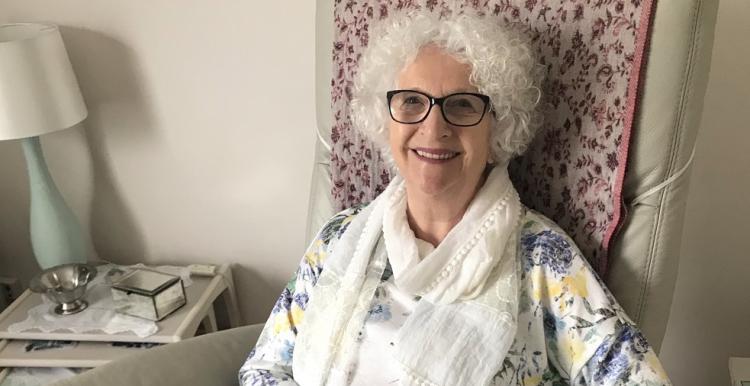 When a life is brought in to the world there is so much preparation. A home birth or hospital? Medication or as natural as possible? Water? Music? Candles? Hypnotherapy? Lessons are given on the natural course of birth, wishes are documented.

However, when it comes to dying, families don’t discuss their final days enough, even when in the midst of a terminal prognosis. This can lead to wishes not being granted, family heartache and missed opportunities for proper goodbyes.

We have launched a campaign to encourage our community to engage in discussions about the final days of their lives.

#LittleLifeConversations seeks to get families doing just that, having little chats about what they would want in death. And just leave it there. Without drama, upset or fear, just a exchange of understandings between loved ones on how we each want our finals days to be managed.

72 year old Jan Barker from St Erme in Cornwall told us how the death of her mother in 2015 made a big impact on her own end of life wishes.

I don’t want a conventional funeral. I would like a natural burial, no words and no tears.
— Jan Barker

“Over the last year of her life, my Mum was in and out of hospital and eventually moved into a nursing home. It was at this time that my sister and I started to sort out her house and found a letter, addressed to us both, which said: ‘To be opened when I am no longer with you’. We both assumed this contained instructions for her funeral."

When she died a few months later, we opened the letter and soon realised we were wrong. It was a beautiful, personal letter – but it had no information about her end of life wishes.

This threw us into a bit of a spin and meant we had to wing it when we planned her funeral. All the decisions were left up to us – the music, the ceremony, the words. Luckily, we had a fair idea of her likes and dislikes, so we were able to guess at what she might have wanted.

This obviously put some extra stress on my sister and I – we didn’t mind, but it opened my eyes. I knew I didn’t want my children to go through the same process when I die. As a result, I have been quite prescriptive with my wishes.

I don’t want a conventional funeral. I would like a natural burial, no words and no tears. I have set aside some money for a big party instead. I want people to remember me as they wish. Hopefully this won’t happen for a long time! But I wanted to make sure my children had this information in advance.

We didn’t sit down and have a planned, formal discussion. Instead, it came up naturally in conversation, perhaps when we were talking about other funerals. I added some humour in there and got my messages across without them getting upset. Now they are clear about what I want, and we all found it really reassuring. I made it all very natural and I think they will respect my wishes. I’ve reiterated what I want in my will, as a reminder!

In our culture death has only really become a problem in recent years, as people don’t talk about it and it is often removed from the family home. After all, whether we feel comfortable with the idea or not, we are all we are all going to die at some point.

I’d like to encourage other people to talk about death and their wishes with their loved ones. I want to normalise these conversations. I think people should have the topic in the back of their minds and bring the subject up when an opportunity arises – don’t force the conversations, don’t make it formal.

I’m so glad I had the conversation with my children. It has been so reassuring for us all. It means they will have one less thing to do when I die, they won’t have to worry about whether they get it ‘right’ or not.”

Find our more about our campaign to encourage more people to talk about their wishes for end of life care. 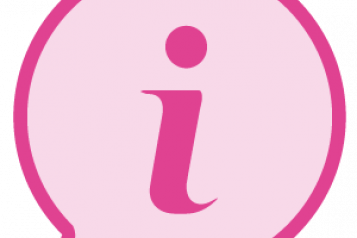 COVID-19 Resource Directory
A really useful directory collating a wide range of information, support and advice from sources across the UK and Cornwall
2 April 2020
Report 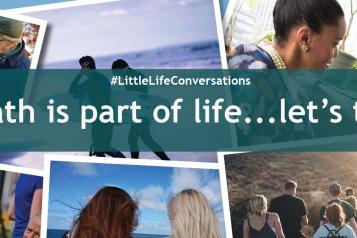 Little life conversations
Introducing a campaign from Healthwatch Cornwall to get communities talking openly about death and dying.
12 June 2019
News 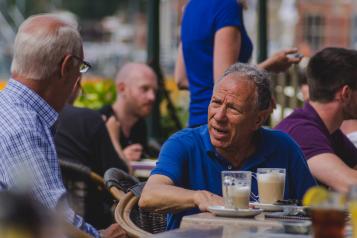