Our research shows significant numbers of people are not receiving follow-up support after being discharged from hospital under new policy, leading to unmet needs. Find out more in our joint report with the British Red Cross. 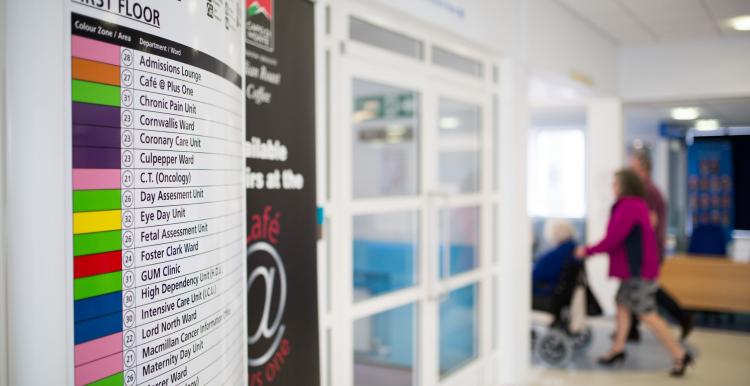 To help hospitals free up 15,000 beds and cope with demand at the peak of the pandemic, the Government issued policy to switch to a ‘discharge to assess’ model in March 2020. This meant people were discharged from hospital faster by having their ongoing care needs assessed at home.

Local staff and volunteers from Healthwatch Cornwall, with support from the British Red Cross, carried out work to better understand the impact of emergency measures implemented earlier this year to free up beds for COVID-19 patients.

Healthwatch Cornwall carried out in-depth interviews with key staff groups involved in the discharge process in Cornwall. Alongside this, over 500 patients and carers (both paid and unpaid) across England took part in a national survey which gathered people’s experiences from late March to late August.

The public is grateful for the dedicated doctors, nurses and care staff who worked hard to save lives during the early stages of the coronavirus pandemic.

However,  although the speed at which people were discharged from hospital was important, it also led to worse care and a lack of support for some patients leaving hospital.

In partnership with British Red Cross, our latest report reviews the experiences of 590 people. The research exposes where the current policy is creating gaps in care and calls on the NHS to address these issues as we enter the busy winter period amidst growing pressures of a second COVID-19 wave.

Patients felt unready to leave hospital and missed out on vital follow-up visits and assessments according to new Healthwatch and British Red Cross research into hospital discharge arrangements during the first five months of the coronavirus pandemic.

However, the investigation did also uncover a number of positives including increased collaboration between services and positive feedback from the public for healthcare staff working under pressure.

What people told us

Over 500 patients and carers (paid and unpaid) took part in our survey, which gathered experiences of being discharged from hospital from March to August 2020. Eight local Healthwatch and partners around the country also carried out 61 in-depth interviews with key staff groups involved in hospital discharge processes.

In March, hospitals were asked to discharge patients with little or no notice and the speed with which this took place was important but led to mistakes. We do not want to detract from the heroic efforts of those on the frontline, who often put themselves at great risk to care for their patients, but services and system leaders have now had more time to prepare. “It’s essential that we learn from what people have shared with us about the impact that a poorly-handled discharge can have on them and their loved ones. Taking action now will not only reduce the risk to patients but will also help improve the way people leave hospital in the future.”
— Sir Robert Francis QC, Healthwatch England Chair.
“As winter approaches and the pandemic continues, the British Red Cross is working alongside NHS and social care services to get people home safely from hospital. We’ve seen first-hand the huge efforts made to improve the discharge process for patients and their families. However, we also know despite good intentions and hard work, there are still barriers to making the ideals of discharge policy a reality. “The Red Cross has been bearing witness to these issues for years, and we hope that the increased urgency of the situation will bring lasting change. Many of the people we support are older or more vulnerable, and fall into the higher-risk categories for Covid-19. Simple interventions, like getting equipment and medicine delivered, or follow-up visits, can make the difference between good recovery or someone regressing to the point of readmission - precisely at the time we want people to stay well, and stay at home.”
— Mike Adamson, British Red Cross Chief Executive.

To help hospitals manage a second wave of COVID-19 hospital admissions ahead of winter, we have made several recommendations based on the experiences of people and staff, including:

Do health and social care services know what you really think?

Share your ideas and experiences and help services hear what works, what doesn’t, and what you want from care in the future. 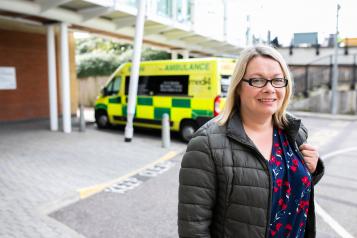 Have you left hospital during COVID-19? Tell us your experience
To respond to coronavirus, hospitals in Cornwall had to quickly change. Tell us how this has affected the care you or your loved one has received.
27 July 2020
News